LIFE AS A WIDOWER

A story of grief by a man and a boy

This time last year my wife had been dead for just seven weeks. Although a number of friends had invited me to spend New Year’s Eve with them, I decided that I wanted to stay at home. My plan was to put my son to bed and then turn in early myself to try to avoid all of the celebrations unfolding on the television, on the streets and through social media channels. I took a sleeping pill and some Valium and hoped to be asleep by 9p.m.

At the time I hadn’t yet started writing or blogging and so I had no real outlet for the thoughts that were overwhelming my mind. The grief was so intense that it was able to fight against the chemicals in my bloodstream and win, leaving me wide awake. I logged into Facebook and noticed a pretty common theme amongst friends’ posts: ‘Good riddance to a bad year’. I was ready to join in but then it occurred to me that I’d had a fantastic year until tragedy struck on 10 November. I wrote:

2012. Almost half of our son’s life. Our first (and only) wedding anniversary. Tickets to the athletics at the Olympics that very same special day. The year Jackson discovered he loved a little plastic train called Thomas more than most human beings. The pride I felt in witnessing my wife start her own fashion business with an old friend. The humanist wedding of the year. A new job and a big promotion. Unforgettable holidays with some of our best friends. Countless great times with all of them. Beautiful babies born who don’t yet know how lucky they are to have inherited such top friends.

And then tragedy and loss that has touched so many lives. But it would be a disservice to my wife to say 2012 was a completely shit year. In October Desreen asked me to buy Jackson a commemorative London 2012 five pound coin as a memento of an amazing year that he wouldn’t remember but that we could explain that he was a part of. It just struck me that we can follow that same gesture of remembrance into 2013 and beyond for his sake. So, yes, it was the year his mum died, but it was also a year when she had the opportunity to show him how much she loved him every day. And it was the year she always put him first. So for those who continue to be part of his life, let’s focus on the good times we all shared this year. I know he’ll come to cherish the memories as much as we do.

Love to you all for 2013. Here’s to remembering the good times and planning new ones.

I knew when I hit ‘post’ some time before midnight that I needed to find a new way to try to manage the sheer enormity of my grief. I had shared a number of posts on my own Facebook page since my wife had died – details of her funeral; a copy of her eulogy; messages of thanks to those who came to the service, contributed to the flowers and sent their condolences; pictures of our son etc. – but for some reason I felt like it was time to stop. I launched the blog six days later.

This New Year’s Eve I don’t feel the same depth of grief that kept me awake and completely consumed me last year. Instead I find myself wondering how I feel. Unravelling the many emotions I feel simultaneously is something I have to do a lot these days, and it’s hard. Life was much easier when I just felt one thing at a time: happy or sad, serious or playful, tired or energetic, sober or drunk. Over the last thirteen months, however, my feelings have been constantly and entirely conflicted. Predominantly devastated and partially happy is probably the most concise way of summing up how I’ve felt since my life as a widower began just over a year ago. The devastation, I’m quite sure, needs no explaining; the happiness, on the other hand, might.

These days the happiness I feel comes when my son makes me smile, it comes when I see him smile too. It comes when I notice that he’s making progress. And it comes in the moments when I believe, however briefly, that he’ll have a happy life ahead. A year ago any such glimmers of this sort of happiness only served to increase my devastation. I suppose I felt bad about ever feeling good. And it’s that sort of conflict that often leaves me having to think about how I feel.

Looking at the Facebook message I posted this time last year, I find it incredible that I was able to sum up an entire twelve months in just two hundred and eighty words. Perhaps that’s because my happy life was measured in events and milestones rather than the deeply felt emotions that have engulfed me since my life became sad. Perhaps it’s also because I was still in shock when I wrote those words.

In contrast it has taken me a hundred and five thousand words to articulate the grief I’ve felt over the course of the last year, which I’ve captured in a book that I’ve written during that time. Maybe the urge I’ve felt to so dramatically increase this year’s word count has been a symptom of the shock I suffered gradually wearing off. Maybe shock can make a person’s language more clipped and somehow rather positive. Maybe it’s more natural to be concise when writing about happiness than it is about devastation. And maybe it’s the fact that I’ve felt so many conflicting emotions collide – in a way that I would never have believed possible – that I’ve thought it worthwhile to continue to share my family’s story in the hope that it can touch the lives of others.

Whatever the case, I end 2013 feeling sad that the year I have observed, contemplated, examined, scrutinised and documented more than any other of my life has also been the most painful. Reflecting on the past twelve months, however, also makes me realise that, through the pain, I’ve done absolutely everything I can to preserve my wife’s memory for my son. Hopefully one day I can feel something like satisfied about that, but for now that’s too great an expectation.

As I look towards 2014, I’m grateful that I’m now able to see that tomorrow is just another day like any other. I’m putting myself under none of the extra pressures that often come with a new year. After all, why make things harder than they already are just because there’s a new calendar hanging on the wall?

Today I realise that I’m already doing everything I feel I physically can to carry on with life as I now know it. The only other thing I can do tomorrow is to continue to hope for happier and more optimistic times ahead. And I’ll do that for all of us. 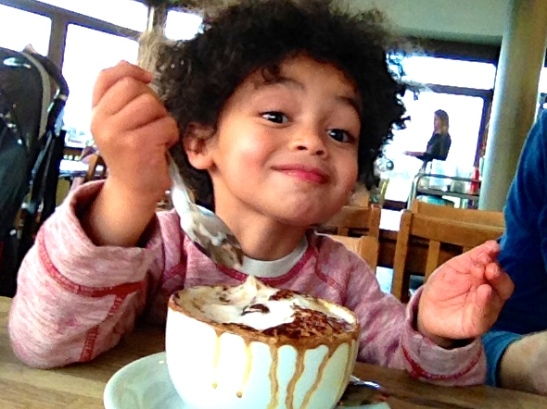 Happiness comes when my son makes me smile, it comes when I see him smile too. 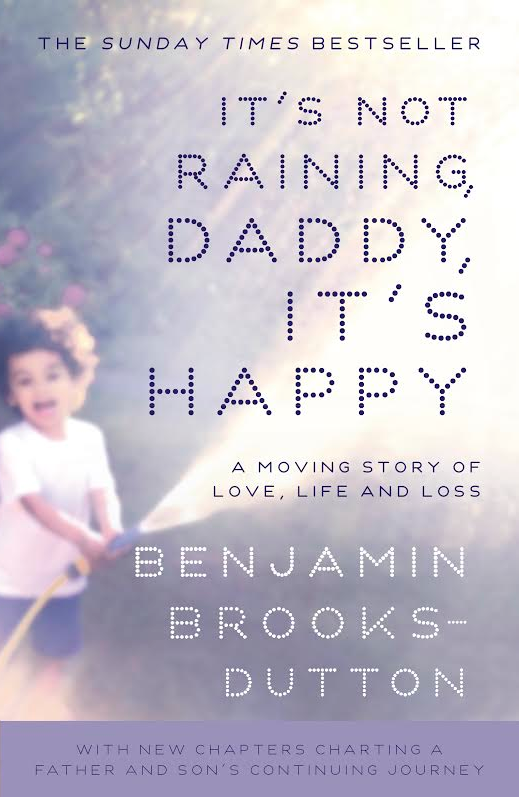