Simon’s wife Annabel was diagnosed with secondary breast cancer in April 2012. She died just after Christmas last year, leaving behind her husband and three children. In this post Simon talks about how his bereavement has fueled his drive, motivation and determination to ensure that his beloved wife’s memory is preserved.

My wife and best friend Annabel was diagnosed with secondary breast cancer a few days before her 40th birthday at the end of April 2012. She died eight months later on 28th December 2012. Our two young boys (aged four & eight) grown up daughter at university and I were suddenly plunged into the worst situation ever imaginable.

Our life was going well in the months leading up to diagnosis. Annabel had taken the opportunity to leave her job in the library service and retrain to go into teaching. She qualified early and secured a part-time teaching assistant post at a good school in our suburb of Derby. The hours fitted in nicely with our youngest son’s routine and so everything was going well. Annabel and I were both turning 40 last year and we’d planned to go to New York in December.

A few days before Annabel’s 40th birthday our fears were confirmed. She’d found a lump in her breast and got it checked out. The results were as feared. Cancer. Secondary breast cancer. A tumour in her breast and spots on her liver.

The initial chemotherapy went well over the summer. Holidays, bike rides, long country walks with the boys and the dog. Happy days with a positive outlook in-between the necessary sickness of chemo.

The end of summer came and so did the news we didn’t want to hear. The cancer had now spread into her lungs and so a new more aggressive chemo plan was suggested and carried out. Annabel’s health deteriorated rapidly from mid-November to December and she died with me by her side in hospital.

Annabel was an avid Macmillan Cancer Support online forum user, frequently posting messages of support for others living with cancer, researching stuff and sharing ideas about diet and activities amongst other things. She also received lots of support from others right from her diagnosis all the way up to Christmas 2012. Annabel often talked about her ‘Macmates’ and how important they were to her. They’d keep her going through the despair, the worry, the shit times and they’d share fun stuff, gallows humour and all that. Annabel took so much inspiration from them all and I know she’ll be missing them terribly. She took her smart phone into hospital with her on 24th December. For the next three days she would continue to reach out to people, connect and help them try to come to terms with their own illnesses. Not once did she moan, whinge or complain about her own situation, even though she had every right to do so.

I informed people of Annabel’s death. I trawled through her phone and rang friends and strangers, many of whom were her ‘Macmates’. I arranged and spoke at her funeral, organised a separate ashes ceremony (mainly for the benefit of our boys), informed all the necessary organisations, all in a zombie-like hazy kind of way.

Keeping busy during grief is one way of dealing with it. Sure, there are moments when I want to put up a ‘do not disturb’ sign on the door and curl up under the sheets. With two small boys and an active young dog in the house, this is neither possible nor fair on them. The bills still need paying and mouths need feeding so we widowers tend to get on, crack on and keep keeping on.

For me, keeping busy is all about ensuring the boys remain engaged, enthused and active. We’re trying out new activities, making time for each other and consequently we feel closer. I suppose this is natural given the circumstances. We talk about Annabel and we regularly use the resources we’ve purchased from Winston’s Wish and Grief Encounter to help manage our grief. We’re also working together on Annabel’s Angels as a family. My eldest son Will even designed the charity’s logo. I also try to include them in developments where possible.

The group formed in February 2013, just two months after Annabel died. We have a constitution, bank account, allocated roles (I’m the chair) and we have good tangible ideas. So much so that we’re applying for funding, gathering in donations, writing business plans, designing straplines and logos and lots more besides. We’re now discussing service delivery in partnership with Macmillan and other charities with an aim of reducing isolation among cancer patients and carers. Connecting online with others in similar situation is one thing but there are people out there who aren’t ICT savvy and some perhaps enjoy a face-to face chat. We’re aiming to introduce a befriending service by early 2014.

We have made wristbands and household items, commissioned jewellery, t-shirts and hoodies to sell to raise funds for the group. Money will go back into helping people living with cancer in Derby and beyond. And the items continue to sell well. Local, regional and national press have been in touch to cover our story. The telly people too. Fifteen Annabel’s Angels Race for Life groups have been set up around the country. It’s all a bit surreal sometimes to think about how quickly this has all developed.

Friends and family want to help in tangible ways too. Fund-raising schedules have been drawn up, research projects have been tasked and businesses have been approached. The committee is made up of a bunch of wonderful people littered across the country, all wishing to help in some way. All helping with one key aim of creating friendships through cancer.

I don’t sleep much. I work, cook, clean, wash and iron clothes, read with my boys, play with my boys, walk the dog and more. But I don’t sleep much. So, late at night I spend my time thinking about ideas for our group. That’s when the creativity kicks in. You’d be amazed at how writing a business plan at three o’clock in the morning helps. It helps me to stave off the horrible cold, dark, empty moments that all us widowers seem to face. I feel stronger and have more control when I’m busy working on the Annabel’s Angels stuff. How long this will continue I don’t know. Does anyone know, anything? No, not really.

Why do I do this? To keep busy; to show my boys I still have drive, belief, motivation and that I’m preserving Annabel’s memory for them. They need to see that their dad is doing ok. Sure, they’ve seen me cry, curl up, not speak and all those other normal things a widower does.

But they’ve also seen another side, a positive, busy and driven one. They need to know who Annabel was, how she worked, what drove her, what people thought of her and what she was up to in the final six months of her all-too-short life. We’re all doing this to honour her memory and to build on the work she started in supporting others.

My wife was my best friend, my lover and my partner of 19 years. She was the least selfish person I’ve ever known, she’d always be helping others. She always wanted to and she was adept at it.

She helped so many people in life, it seems natural and so very apt that she continues to do so in death too. 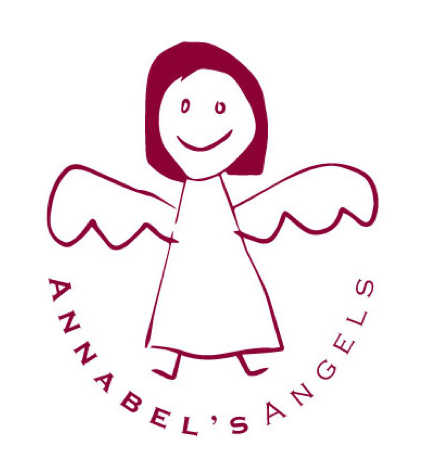